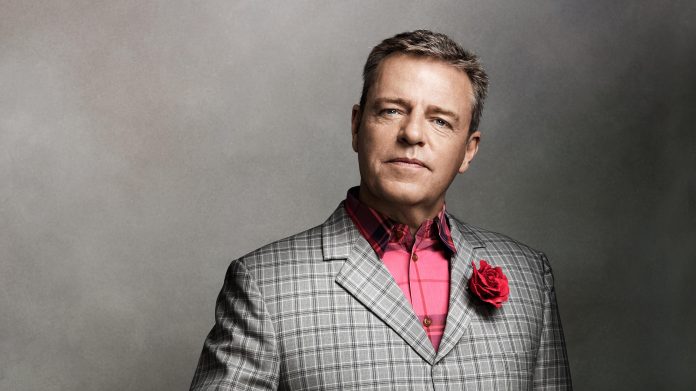 Madness are a ska band from Camden Town, North London, who formed in 1976. One of the most prominent bands of the late 1970s and early 1980s two-tone ska revival, they continue to perform with six of the seven members of their original line-up. Madness’s most successful period was from 1980 to 1986, when the band’s songs spent a total of 214 weeks on the UK Singles Chart.

They have had 15 singles reach the UK top ten, including “One Step Beyond”, “Baggy Trousers” and “It Must Be Love”, one UK number-one single “House of Fun” and two number ones in Ireland, “House of Fun” and “Wings of a Dove”. “Our House” was their biggest US hit, reaching number 7 on the Billboard Hot 100. In 2000, the band received the Ivor Novello Award from the British Academy of Songwriters, Composers and Authors for Outstanding Song Collection.

We caught up with them ahead of their performance at Haydock Park Racecourse on Saturday July 16th.

You’re going to be headlining Haydock Park Racecourse on Saturday 16th July. The band are no stranger to racecourse shows – what is it that you particularly like about doing these shows that keeps bringing you back?

It’s bizarre when you say that as it was probably only about five years ago that we did our first one! I was worried, I thought, it’s a racetrack, all the fellas have done all their dough, are they really going to be in the mood to watch a concert? But it’s just the most extraordinary thing, the sun shines. All the ladies come out in their glad rags, and they just have a really good time – it’s amazing. I’ve never seen so many well-dressed people jumping up and down while getting their stilettos stuck in the mud. Everyone has a good time!

Do you head down earlier in the day and have a bit of a flutter on the horses?

Yes! That’s the other thing! If we’re lucky, they give us a box. It’s a really lovely way to spend an evening, really great. At Haydock last time, I thought the majority of the crowd would be gone by the time we played but we had over 15,000 people there! The security bloke went to me “I don’t know what I can do! It’s just gone mental out there!” It could have been like Glastonbury, as far as the eye can see people were jumping up and going bananas. It was tremendous fun, and that’s what we as a band do – create fun.

Some of your first shows last year were summer festivals, will it feel like somewhat of a full circle moment being able to do outdoor events again this summer?

Very much. Cliché, but after two years of lockdown I just appreciate it more than I ever thought I would. When you see what you create, when you play music and see the joy on people’s faces, it really comes back to me much stronger than I think it ever did.

Did the unplanned break in 2020 give you time to reflect on everything that the band’s achieved?

Very much yes. It’s that weird thing. If you get too high the sky brings you down, if you get too low the earth brings you up. The earth has brought me up and I very much appreciate – not in an egotistical way – but you have to understand that it’s a job that we do and we do it very well – cheering people up. It really reminded me of having two years and not doing very much.

Did you go back and revisit of any songs in your back catalogue that you might consider putting back into the setlist?

Yeah, we did! We went all around the houses. We’re so fortunate we’ve had so many hits. It’s a bit like what Bob Dylan said once, “If you don’t like this one, don’t worry there’ll be another one along in 3 minutes” because he’s got too many hits! But ultimately, you want people to go and have a good time and that’s what we concentrate on.

What’s so lovely about shows like Haydock Park is there’s so many different generations of family that will go to them. What do you think it is that makes your music so timeless and so beloved by cross generations?

That it’s popular, people like it. I always remember that people used to go on about ‘pop’ music and it was a sort of bad word in the 80s. The word pop means popular, I like it. We’ve just been very fortunate that we grew up as friends and the band was about our friendship. But someone asked me earlier actually about the sound of our songs. You’ve got Lee our Saxophone player and Mike our keyboard player, they’re very individual sounding characters and me singing, it comes out like Madness, regardless of what we’re doing. Calypso, Jazz, Funk, Reggae, it comes out as a Madness song. I don’t know why it resonates, but I’m just very privileged that it does.

Are there any songs on the setlist that you personally like performing?

Embarrassment is my favourite, I never tire of singing that – just a very bizarre song about a very serious issue, actually. But no, all of them I like – I like them all. We start with One Step Beyond and I went through a period that I wasn’t sure if I would play that anymore, but when you do the crowd goes ballistic! So we just have to play it. And that’s just the way it is, of course.

There will be loads of people coming to the show at Haydock Park that would never have seen Madness before. What can they expect from the show? What is a Madness show to you in 2022?

Unbridled joy. That’s what my mate said the other day. What’s interesting is when we were young, you had to go buy a record, you know, we had to go on a bus to Woolworths. What is the most amazing thing now is you get a new generation on their way to your concert, who have learned your songs on the way because they can just put them on their phones. They can discover you almost immediately. Rather than having to get on the bus to Woolworths on a Saturday morning! I’ll tell you what I’ve just discovered, but why do young people really young, kids, people like madness, do you know why?

Because we’re idiots! We’ve never grown up. I think that’s what everyone can expect from Haydock, then it’s just a really good time. This is it. This is it!

Bootle is deeply dippy for Dippy!

ABOUT US
Mersey Life is published exclusively for the people of Merseyside. It incorporates property, food & drink, interiors, fashion & beauty, travel, motoring, alongside interviews and features with leading figures. Over 10,000 printed copies of Mersey Life are distributed to subscribers and at specially selected outlets such as Sainsbury's, M&S Food and local independent retailers. A digital version is also available online.
Contact us: hello@merseylife.com
FOLLOW US
© Hall Smith Ltd 2022. All Rights Reserved.